If you’re curious as to how ESP makes a substantial difference in the lives of everyday people and elite athletes, hear it here first. 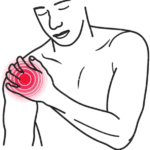 I can’t say enough great things about Dr. St. Pierre (and the entire staff at ESP Sports Medicine).  I saw him regularly for months to rehab my shoulder after surgery and it was a pleasure visiting his office. The front desk and assistants are friendly and amazing.  The office itself is very nice, clean, and the PT sessions are done in private rooms.  Every visit was on-time and thorough.  I never once felt rushed.  From the first consultation to the last PT session, Dr. St. Pierre always took his time to listen to and address any concerns I may have had, discuss and administer my treatments/exercises, and to make any adjustments necessary based on the way my shoulder was responding to ensure I was achieving the best results possible.

Dr. St. Pierre is super friendly, easy to talk to, and most importantly, he truly cares about getting his clients better.  Do yourself a favor… if you’re even considering going somewhere else other than ESP for your physical therapy and you haven’t met with Dr. St. Pierre yet, schedule an initial consultation with him and see what you think.  You won’t regret it. 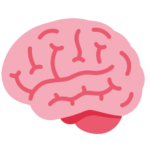 I was referred to Dr. Mary Finck for vestibular rehabilitation therapy. Scheduling with ESP Sports Medicine was straightforward and easy. I could get the appointments I wanted. Their text and email reminders made it easy to remember my appointments.

Working with Dr. Finck over an 8 week period was brilliant. She’s passionate about her work and an expert in her field. She’s efficient and gives you the tools you need to do your at-home therapy. She comes up with strategies to help you incorporate the training into your day-to-day routines. She progresses your therapy as you get better – so each week got more challenging, but she’ll accommodate if you need to slow down to work on a certain exercise with more focus than others.

I am extremely satisfied with the quality of care and service that I received at ESP Sports Medicine. I highly recommend Dr. Finck and her practice. 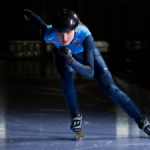 I trust Eric with my life, literally, my life. His enthusiasm for work and people is contagious. He is confident, positive, well practiced, professional, and the ultimate expert. I learned how to properly take care of my body by getting the services I needed from Eric. His knowledge and courageous execution in his many credentials as our sports medicine trainer and doctor tremendously assisted our US team to be ultimately prepared for competition to take on of the world. 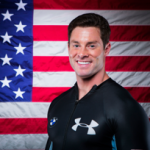 Eric’s Olympic caliber skill set coupled with his passion for performance and an acute understanding of an elite athlete’s body are major factors as to why he is one of the most effective providers I’ve ever worked with. 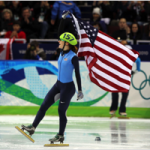 Working with Eric during the 2009/2010 season made a huge difference for my performance at the 2010 Olympics. Eric did whatever it took to help me perform at my best physically, but he also took the time to get to know me personally and was able to help me further develop as an athlete because of it. Of the many doctors I’ve worked with Eric is the most passionate I’ve seen when it comes to treating people both inside and out. 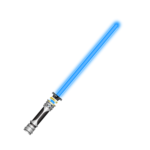 Eric is a Jedi when it came to getting my back and shoulder feeling better. I’ve been to close to 20 different facilities for my aches and pains over the years. There is no one better on the planet than Eric. 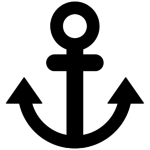 Dr. St. Pierre has been an anchor for me as I went through lumbar and cervical fusions. He has an amazing gift of starting “where the patient is” in the healing process instead of beginning therapy too close to where s/he “should be” at the end of treatment. He understands that treatment takes many forms and incorporates many therapies to heal tissue, along with recognizing the importance of targeted movement and effective strengthening techniques. Dr. St. Pierre is a caring practitioner who was the one medical professional who listened to me. If any future care is needed, he is the only practitioner I would trust to support me as I move through the healing process. 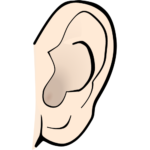 I have a nerve issue that had made me mostly house bound.  Dr. Mary has helped me find ways of coping around my injury.   She is encouraging, and really listens to what is going on, finding ways to help combat my lack of function with practical exercises.  It is completely unlike any other pt I’ve ever had.  I come out of her sessions able to move better, not hampered for days. I HIGHLY recommend Dr Mary @ESP! 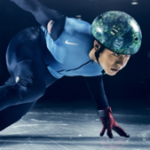 It is my pleasure to write this letter of reference for Eric St. Pierre. I met Eric in the summer of 2009 when he was hired as the Head Athletic Trainer position at US Speedskating. This meant that he would be the trainer to take care of us during the season of the 2010 Winter Olympics in Vancouver, a very important role to be given. We were assured that Eric knew what he was doing and had several years of experience in Winter Sports as a Bobsled trainer.

Right away I felt his positive, uplifting presence and confidence in his ability as he shared his knowledge and willingness to help in any way he could. Taking this role was no easy task, but Eric came in and connected with the team right away as he if worked with us for years already. I was injured in September of 2009 at the Olympic Trials with a cut to my thigh and Eric was one of the first ones to rush on the ice and be by my side. He played an integral role in the rehabilitation process as he made sure things were going smooth and that I was being cared for properly. Also, he kept telling me over and over that things were going to be ok which helped me immensely when I was down the most. I put all of my trust into Eric and knew right away that he would do everything he could to help me reach my goals.

I was able to recover rapidly and wound up winning two medals in the Olympics even after this incident. I contribute my success to the Medical team, family, friends, coaches and teammates, and Eric had a huge role in this circle. The best thing about Eric is his innate ability to have the best interest of the athlete or who ever he is taking care of. His knowledge and experience is felt with his every action. He is also able to connect with people regardless of their situation or personality which makes him not only a great Trainer / Chiropractor, but also a great human being.

I maintain a great relationship with Eric not only from a professional standpoint but also a life long friendship and will put my trust into him no matter what the situation is. 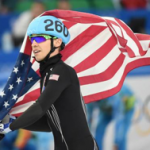 I had the pleasure of working with Eric St Pierre before and during the 2010 and 2014 Winter Olympics. He was an essential element to my physical well being during critical moments in my career. I used him for both dry needling and general sports medicine treatment, through several of my injuries. I have complete faith in both his ability to identify problems/find solutions as well as his wisdom in knowing when an issue needs outside consulting. These are rare qualities in a medical professional and Eric possesses these and many others, in spades.

Still not convinced the ESP Team is the best?